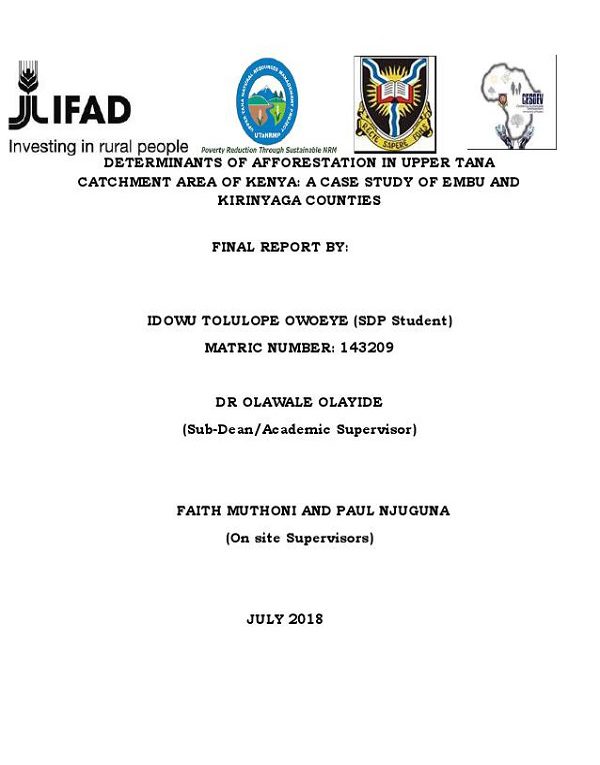 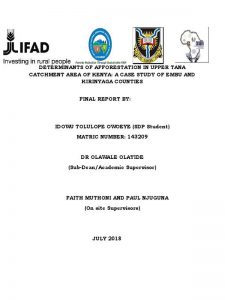 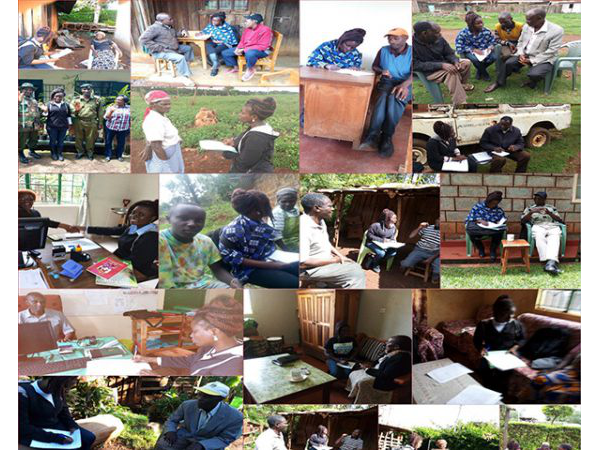 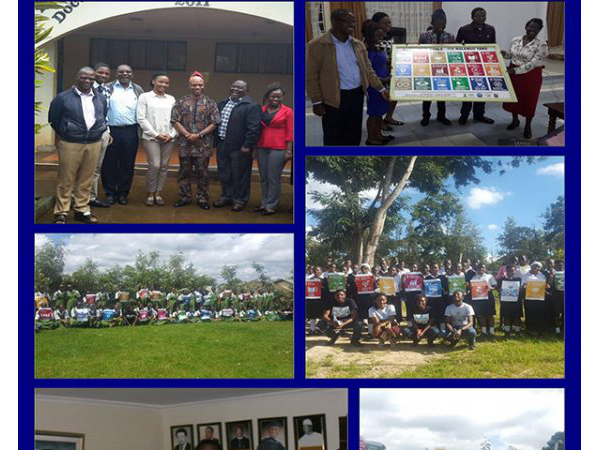 Kenya is considered to be a low forest country with a forest cover that is lower than the internationally accepted threshold. Deforestation in the country‘s water towers is estimated at 50,000 hectares annually, with a consequent yearly loss of over USD 19 million. Surprisingly, Kenya‘s tree cover, which was 1.7% in 2013 is now at 7.2% (KFS,2016). The partnership between the Global Masters in Development Practice and International Fund for Agricultural Development (IFAD) initiated the IFAD Universities Win-Win Partnership grant which was awarded to carry out a survey on the Determinants of Afforestation in Upper Tana Catchment Area: A case study of Embu and Kirinyaga Counties after consulting the supervisors from the Upper Tana Natural Resources Management Project (UTaNRMP) and the Centre for Sustainable Development (CESDEV), University of Ibadan (UI).