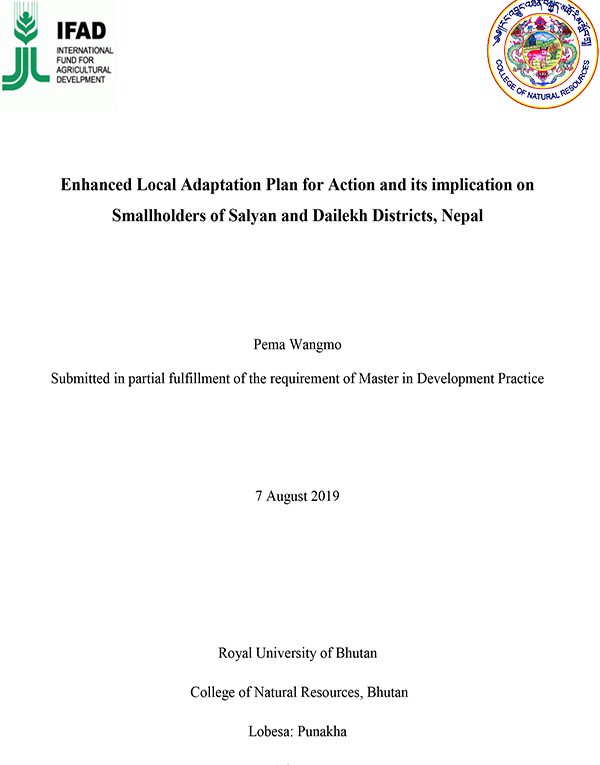 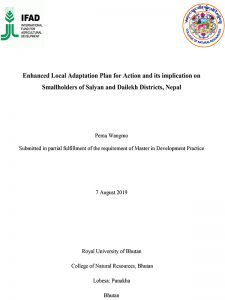 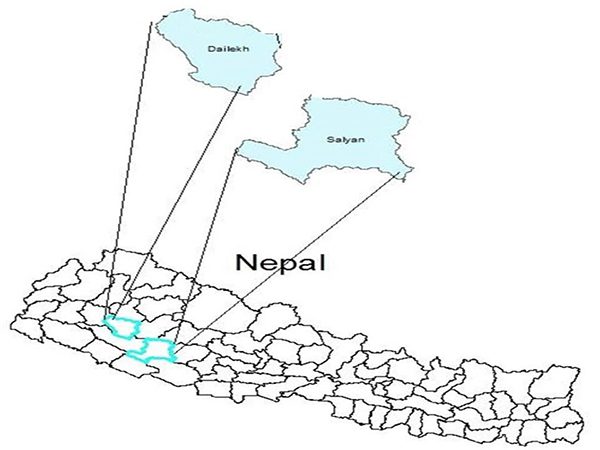 Nepal is one of the poorest countries in the world with a Human Development Index of 0.574 as per the Human Development Report of 2017. Enhanced LAPA has been implemented as an approach to help the poor (vulnerable communities) through climate adaptation in 2015. However, no study has been conducted. Thus, this study was carried out to assess the effectiveness of LAPA interventions in study area and to study the environmental and socio economic impacts from LAPA interventions. Salyan and Dailekh districts were chosen as study area out of 7 mid- western regions of Nepal. Bhagawatimai Rural Municipality and Dullu Municipality from Dailekh district and Tribeni Rural Municipality from Salyan was selected for the interview using stratified random sampling method. The total of 397 respondents was selected for the interview using Yamane formula. It was found that over 66% of Nepal's population depends on subsistence farming for their livelihood. The 43.33% farmers were satisfied and 35.26% very satisfied with enhanced LAPA interventions. This showed that enhanced LAPA had benefited the smallholders of hilly region to increase the adaptive capacity of vulnerable communities through its intervention.