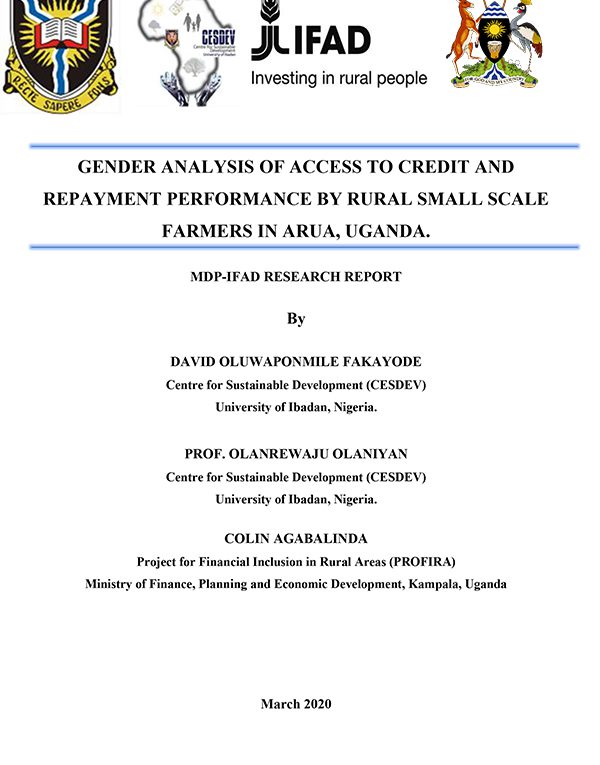 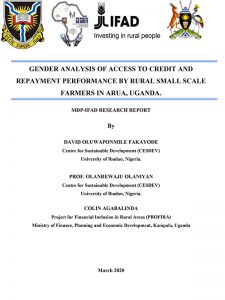 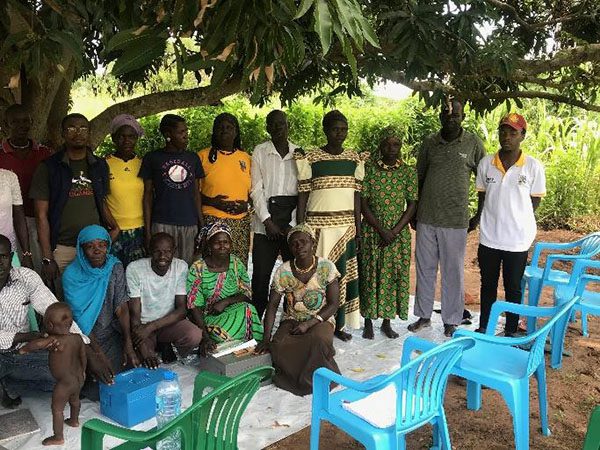 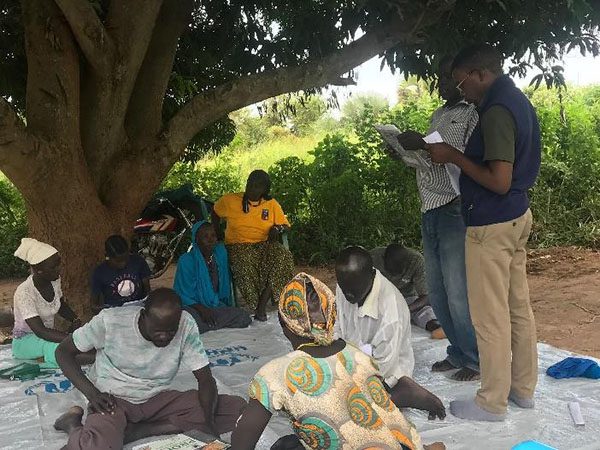 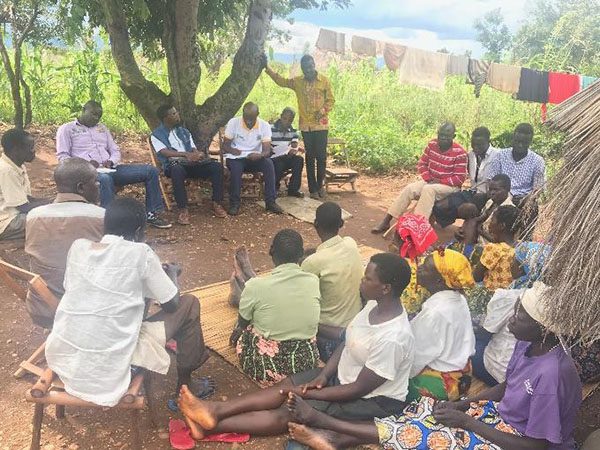 The access to finance by the poor is a prerequisite for poverty reduction and sustainable economic development of a country. As of 2009, only 15 per cent of the population in rural areas of Uganda used banking services and just 7 per cent were served by other formal institutions and nearly half of the population was relying on informal financial arrangements (mostly friends and relatives), while 31 per cent lacked access to finance of any kind (IFAD, 2013).

Despite the fact that agriculture sector in Uganda accounts for approximately 23 per cent of GDP and employs about 60 per cent of the labour force, a number that is increasing as the population grows (IFAD, 2018), quite a lot still find it difficult to have access to credit which is necessary as input to promote a sustainable agricultural development and the livelihoods of rural farmers in Uganda (IFAD, 2018)